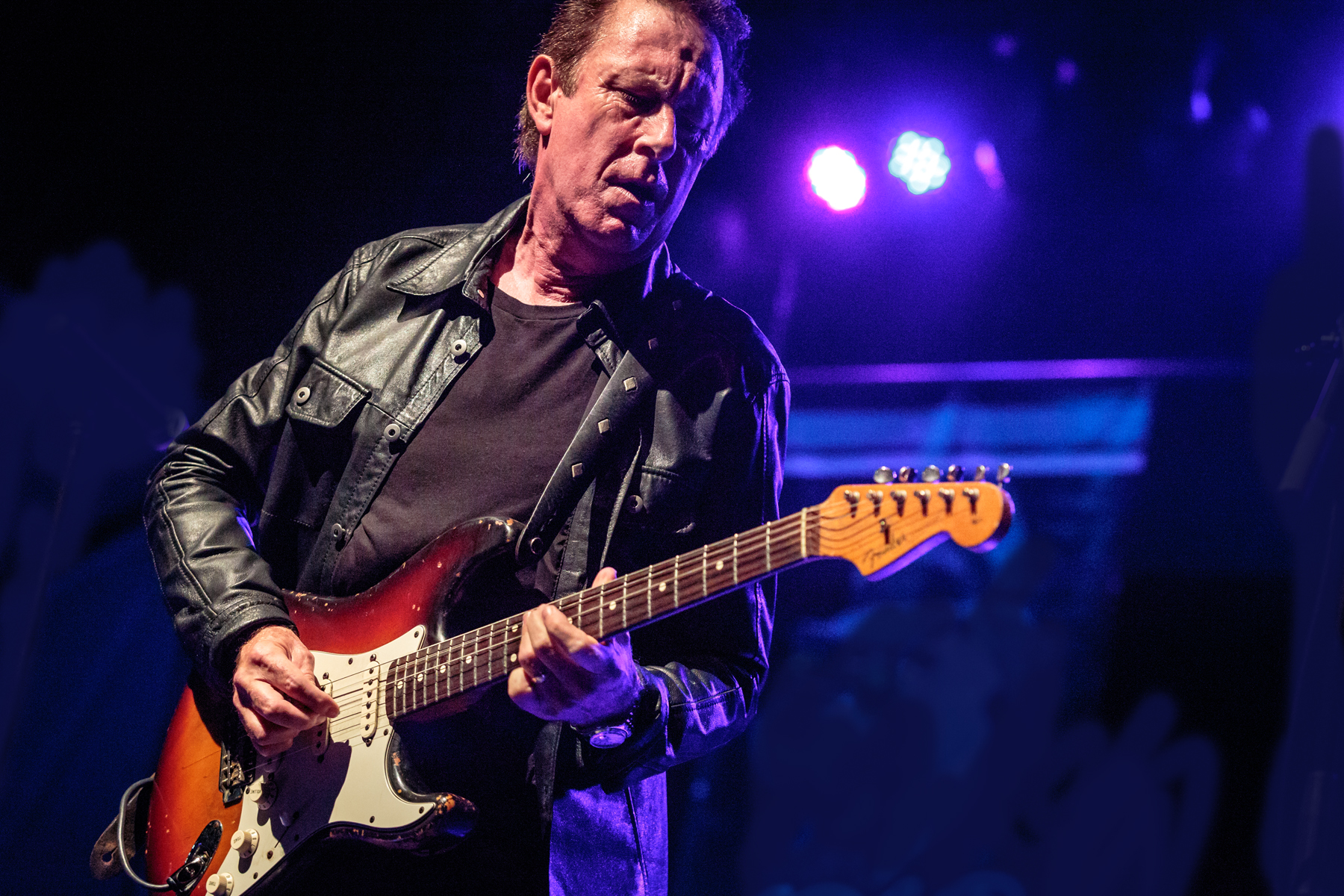 A long-time fan favourite and leader in Canadian blues, talented singer/songwriter and guitar player, Jack deKeyzer returns to our festival main stage. Multiple Maple Blues and Juno Award winner, deKeyzer released his 11th cd this spring, Tribute (available at our merch tent). With a career that spans 4 decades, deKeyzer has earned legions of fans with performances across Canada in clubs, concerts, and major festivals. Always an exciting live performer that has audiences dancing all night long, deKeyzer tours extensively performing over 150 nights a year. A real gentleman of the blues! 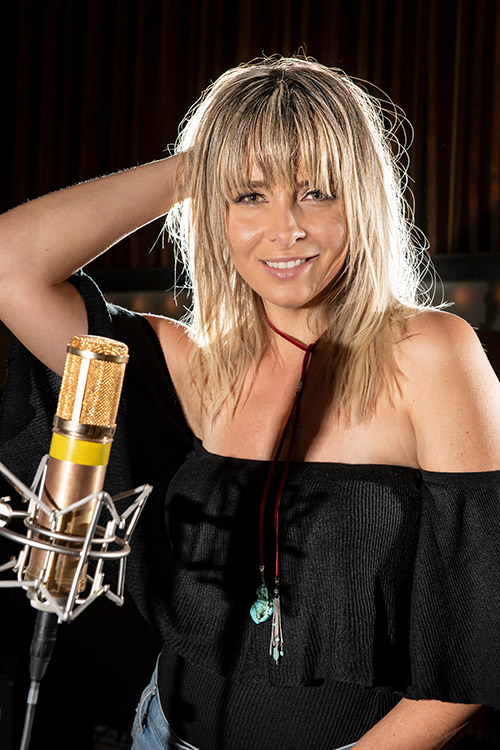 We were introduced to Miss Emily at the 2019 Blues Summit and were immediately blown away by her powerful vocals. Her performances are foot-stomping, heart-wrenching adventures in rhythm, blues, jazz and rock and roll. Performing since she was 12, Miss Emily has matured with a voice that soars to great emotional heights and brings audiences to their feet Along the way, she acquired an unparalleled work ethic by playing night after night in bars along Ontario’s 401 corridor while refining her songwriting and gaining a loyal following. This approach paid off as she grew her audience and advanced to theatre and festival appearances with performances at Montreal Jazz Fest, Harvest Jazz and Blues, Ottawa Bluesfest, Beaches Jazz Festival and our 2019 Lighthouse Blues Festival. In February of 2020 at the Maple Blues Awards in Toronto, Miss Emily walked away with Female Vocalist of the Year, New Artist of the Year and the Sapphire Canadian Blues Music Video Award. 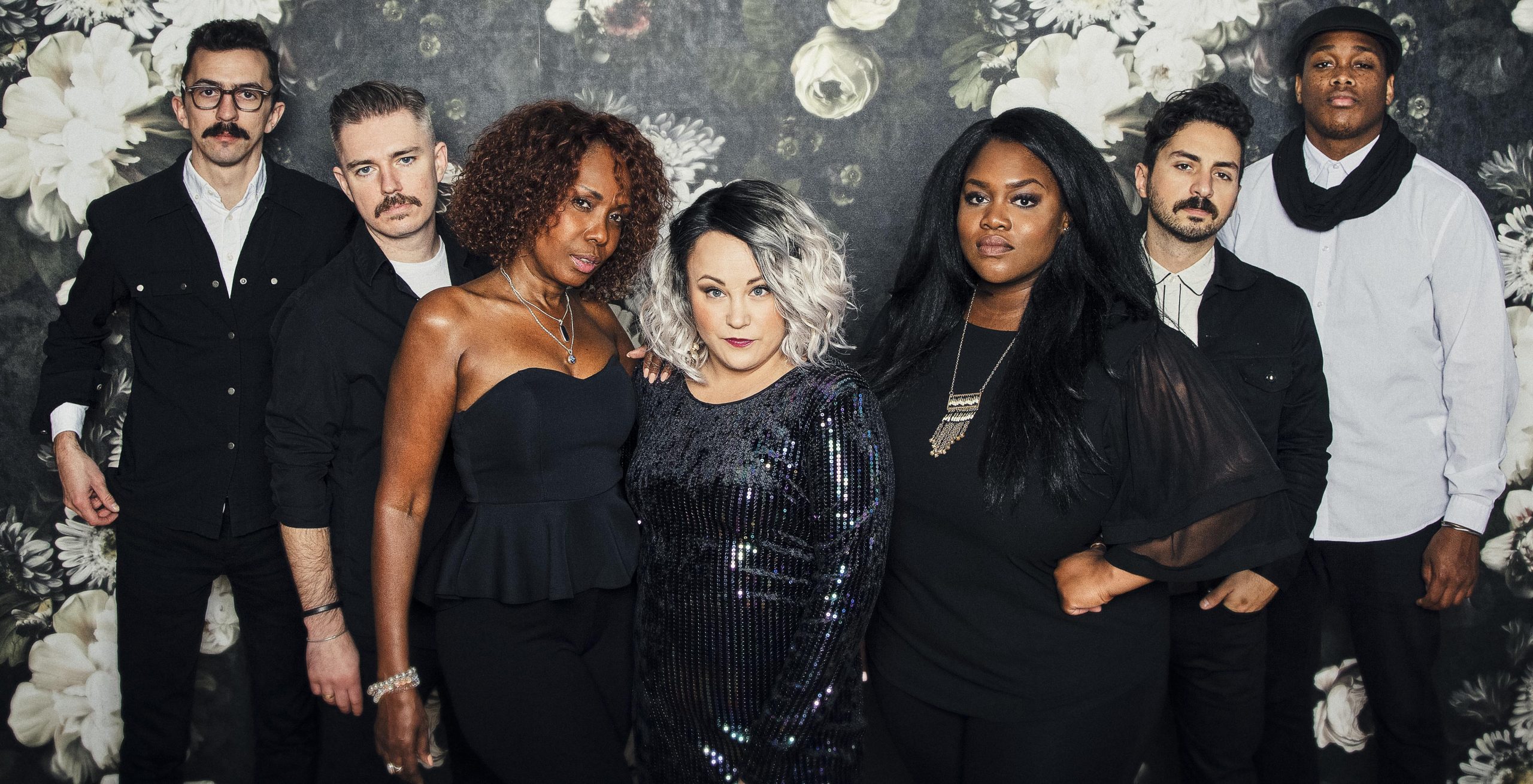 While she currently lives in Toronto, we’re so proud of our Bruce County talent, we just letting you know she’s from Lion’s Head! This is the band’s third appearance at our Festival. Martin is a multiple award winner including Juno Award nominations for Run to Me (2019) and the recent The Reckless One, just released this spring. Martin is the lead singer, songwriter and focal point of the group. A dynamic front woman, she possesses a stunning voice that is capable of summoning up tidal waves of spine-tingling emotion in one instance while delicately bringing out the nuances of a gut-wrenching lyric in the next. A torrid force of nature, night after night she takes audiences to emotional peaks while leaving them stunned with her sheer pin-you-against-the-wall power. While Martin is a powerhouse unto herself, the vocal alchemy of Delta Sugar is not the work of a single talent. She is backed up the lavish harmonies from what she likes to term her “co-vocalists.” Together they produce a pure, unadulterated gospel-tinged, neuron-tingling magic where the sum is even richer than the already soul-melting parts. If there’s going to be a Queen of Soul in Canada, this talented young lady is heading to the front of the line! Juno Award nominated Run to Me is available at our merch tent! 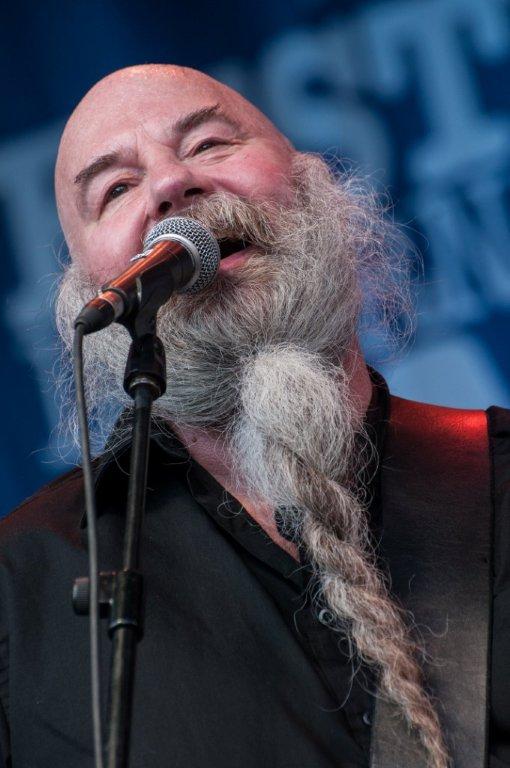 Bill Durst, always an audience favourite, is a Canadian Blues- Rock- Roots guitarist, singer, songwriter, entertainer who has written and recorded over 125 songs on 12 albums with 7 national radio chart hits. Durst’s entrance on the national/international stage was with his classic rock band Thundermug formed from London R&B groups in 1969. By the summer of 1972 the band had a number one hit and a fan following in Eastern Canada. The band went on to record a total of 5 albums, releasing records in the US and Europe. In 2004 he proclaimed his intention to start up a “little, fuzzy, psychedelic blues band” and since then Durst has toured across the country with his hard-driving “swamp”blues. Durst has long been compared to the best guitar player - entertainers anywhere in the world. And while each of his albums are pure listening pleasure, you want to see Durst live! Durst attacks every chord, every note with intensity, drenched in soul and sweat! We’re proud to bring him back to our festival main stage. 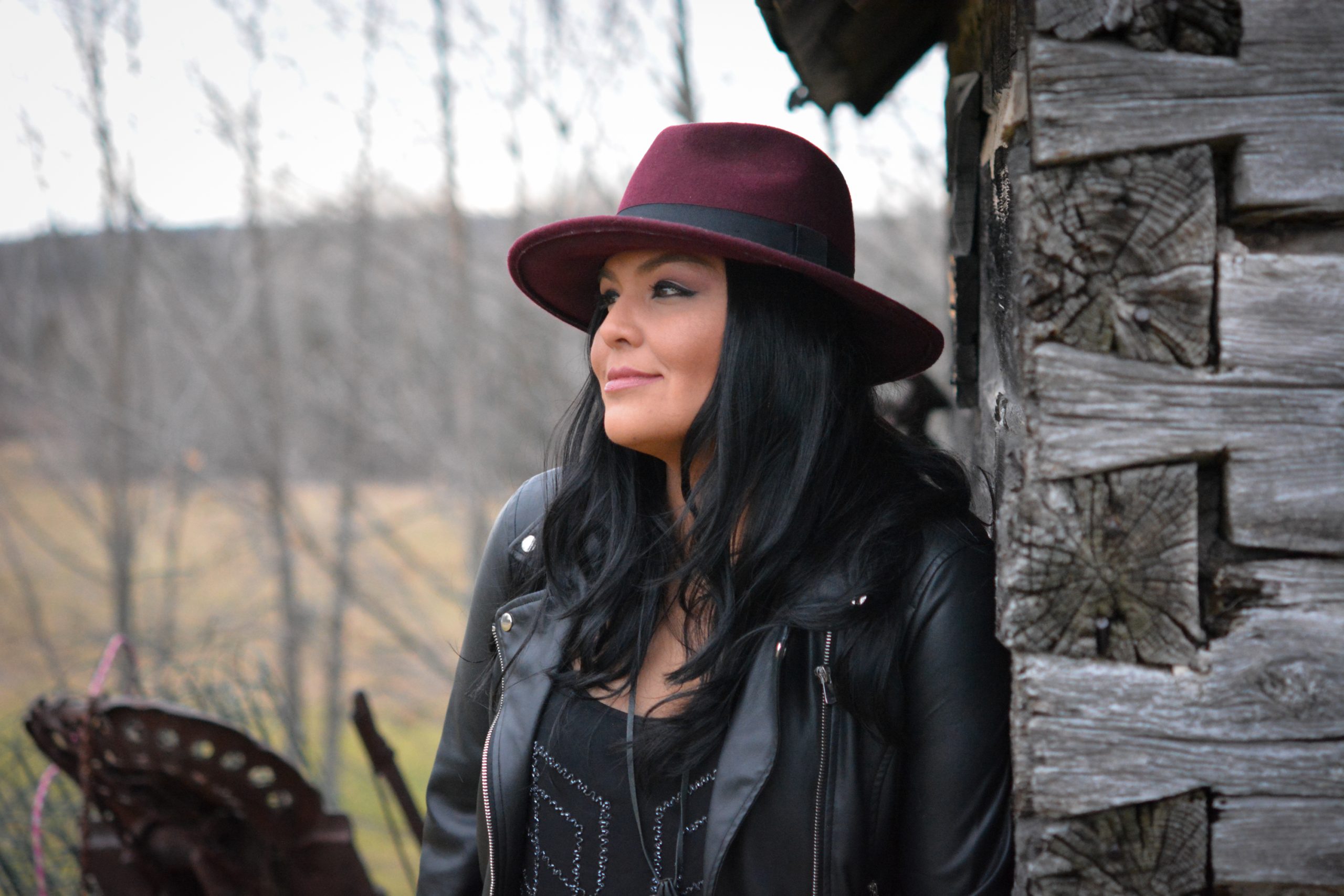 While she’s now based in Nashville, Shawanda was born and raised right here on Manitoulin Island. Her parents raised her on country music and taught her to sing and play guitar, but it was her oldest brother who introduced her to the blues. He would hang out in the basement cranking Muddy Waters, B.B. King and Etta James, and Crystal would sit at the top of the stairs, straining to hear those soulful sounds. There was a part of her that often wandered if she would ever be able to sing like that. And when no one was home, Crystal would practice singing the blues. And that practice certainly paid off! Shawanda has released 6 albums to date, the most recent Church House Blues nominated for 2020 Juno Awards. The music industry is tough and Shawanda’s experience as an Indigenous female artist trying to make an impact in the country music capital of Nashville, certainly has been challenging. Fortunately, her inner strength and the spiritual rejuvenation she draws from her frequent visits back with her family on the Island, she has persevered, and career continues to soar. We are proud this year to pull together three incredible artists who have previously individually played our Main Stage. A powerful trio featuring Cheryl Lescom, Rick Taylor and Chuckee Zehr, a talented combination that promises electrifying vocals, soaring instrumentals and gut-wrenching blues. All three musicians have long histories of award-winning performances across the country in clubs and major festival stages. Lescom has a career spanning over 45 years performing with Ronnie Hawkins, Long John Baldry, Jeff Healey, Matt Minglewood, Dutch Mason, the Downchild Blues Band, Jack DeKeyser, Del Shannon, David Wilcox, Mel Brown, Paul James, Billy Durst, The Detroit Women and her own band. Taylor is a gifted guitar player who made his first major appearance as a singer, songwriter and guitarist at the famed Mariposa Folk Festival in 1971 and went on to become a regular at many Canadian festivals and clubs. Blues, jazz, country, rock, roots, world, and contemporary music all influenced Rick's early years on the club and festival circuits, and he established himself firmly in the southern Ontario roots music scene. Zehr, a talented multi-instrumental singer/songwriter, has also had a long career, performing for over 40 years with her own band and supporting other successful artists. Zehr Chuckee inspiration from her musical heroes Etta James, Janis Joplin, Aretha Franklin and Bonnie Raitt. 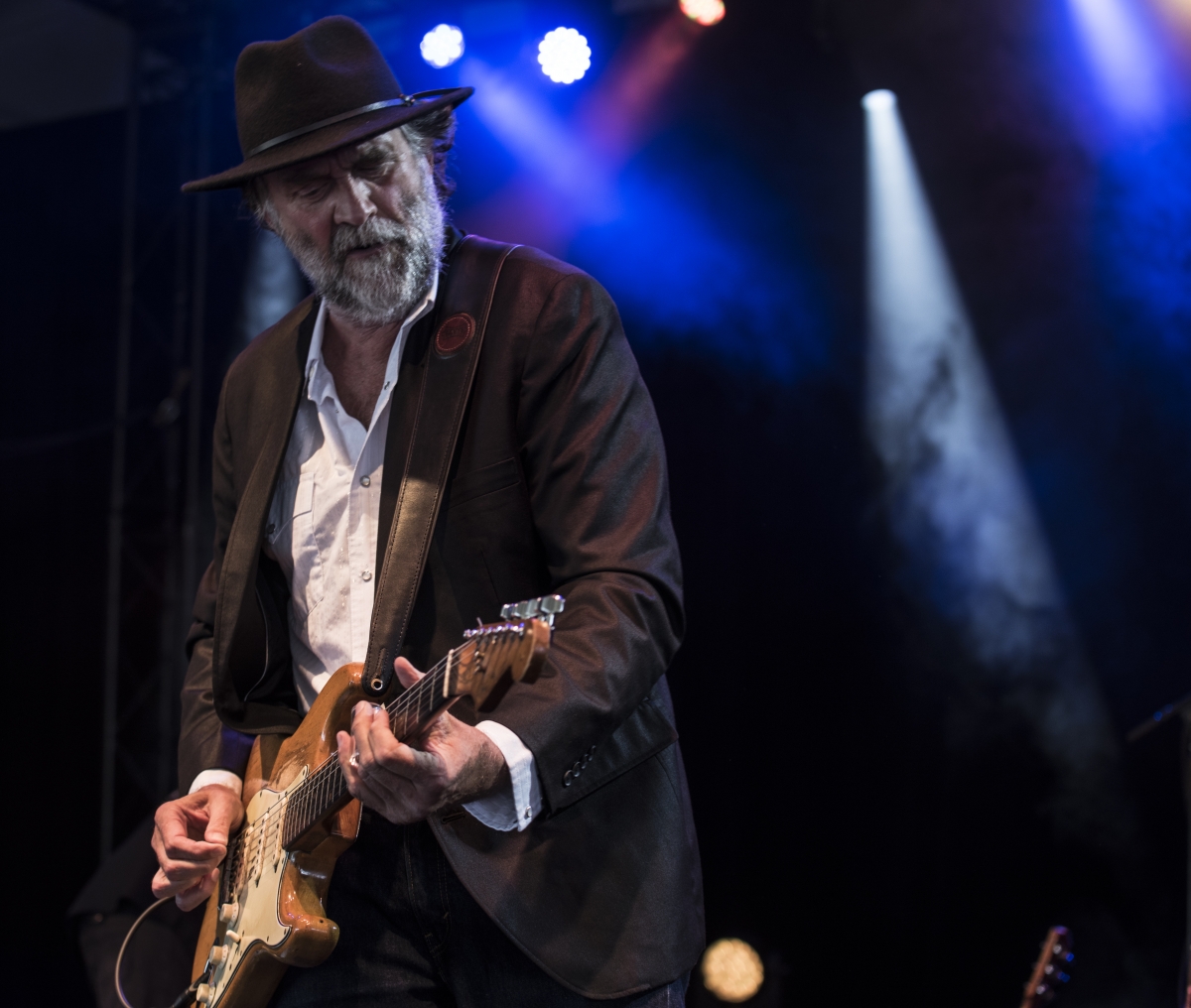 Always a favourite for blues fans when we can bring them to town, Murray Kinsley tours extensively across the country with his own band, Wicked Grin, and as backup band for Tas Cru in the US. Reviewers have described this Maple Blues Award-winning band as stripped-down, hellaciously rockin’ new blues with Murray’s distinctive voice and guitar-work. Winners of the Maple Blues Award for “Best New Group” in 2014 and a semi-finalist at the International Blues Challenge in Memphis, January 2019, their latest album “Murder Creek,” released October 2018, has earned widespread industry acclaim and was a semi-finalist for the 2019 IBC Best Self-Produced CD Award. Murray Kinsley and Wicked Grin played our 2018 Festival backing Tas Cru and we’re proud this year to be giving them their own spot on our Main Stage! 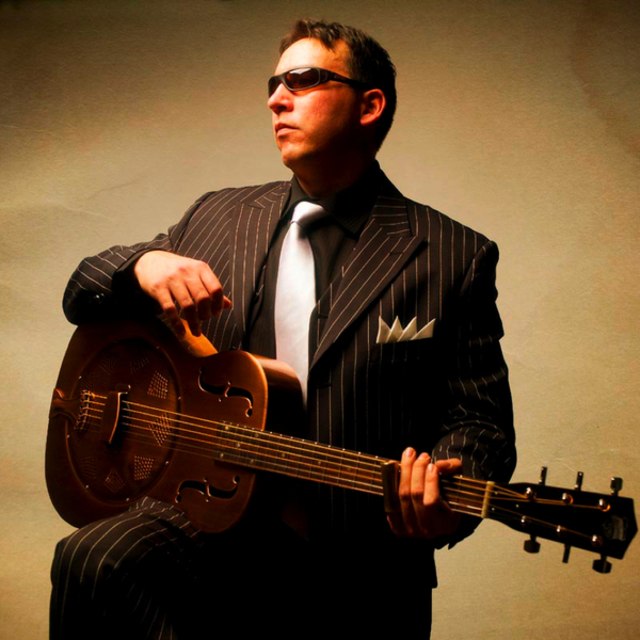 A Maple Blues Award winner in 2015 and twice representing Grand River Blues Society at the IBC’s in Memphis (2013, 2015), the Joel Johnson Band provides hard-hitting blues fronted by Joel’s wailing guitar and solid vocals. Joel plays a wide variety of high energetic style blues from swing, funk, rock and slide guitar blues. He has shared the stage with some of the best in the blues world such as Bob Margolin from the Legendary Muddy Waters Band, Jack De Keyzer, members from the Legendary Downchild Blues Band, Anthony Gomes, the late great Mel Brown, Jim McCardy of the Yardbirds along with many more. The Joel Johnson Band last played our Festival in 2017 and was a fan favourite. 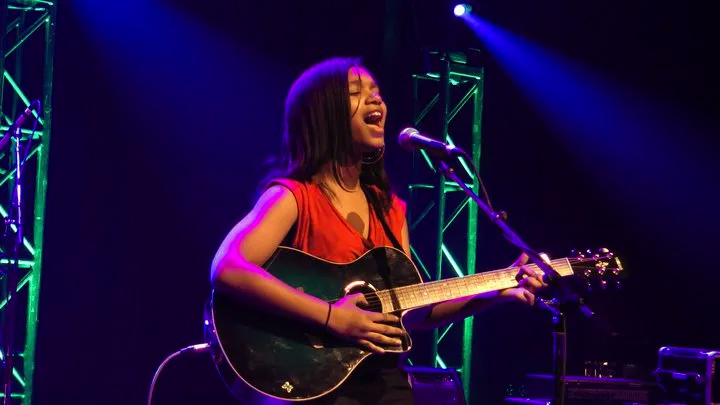 Angelique Francis is a versatile and exceptionally gifted musician with talent that is way beyond her years. This multi-talented, multi-instrumentalist, multi-genre singer song writer and composer has wowed audiences across the globe with her electrifying performances, instrumental abilities and powerful textured vocals. Born and raised in Ottawa Canada, Angelique is a naturally gifted musician, who first garnered attention at a young age as a piano and vocal prodigy. She first took to the stage at age 7 and at 13 years old she made her American national television debut on the Oprah Network, for writing and composing an original theme song for the Gayle King show. By age 13 she was proficient in playing other instruments such as the acoustic guitar, upright Bass, electric guitar and electric bass. By age 14 she was playing at music festivals across North America opening for a variety of acts such as Beth Hart, Trooper and Shameka Copeland. 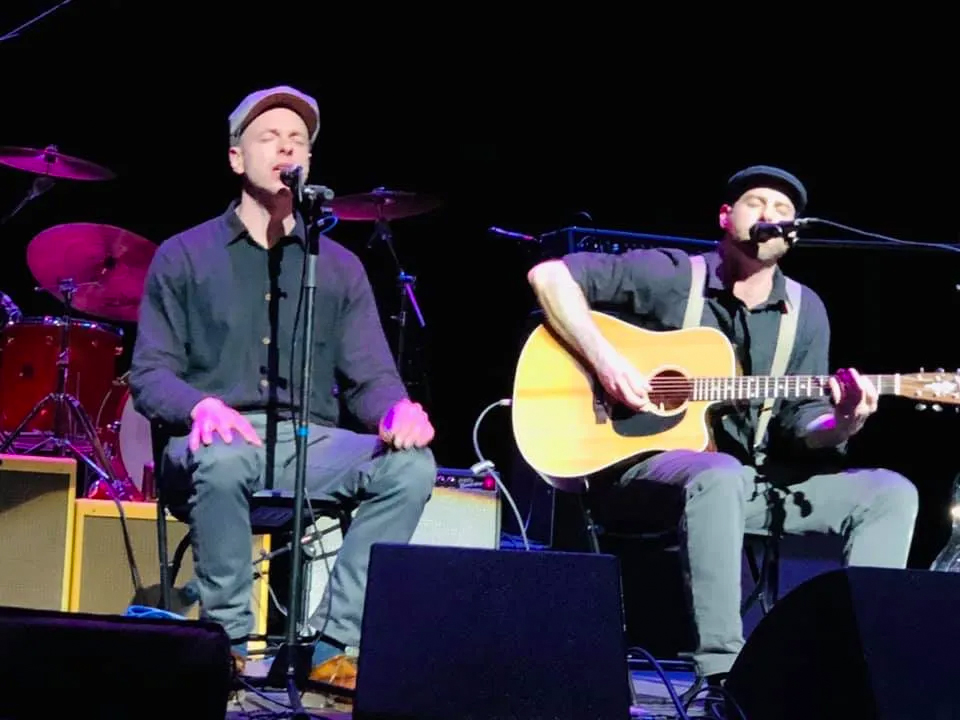 The pride of our local blues community, these old souls were Finalists at the IBC’s in 2019 representing Bruce County Blues Society. Shakey was a nickname given to guitarist/vocalist Mike MacDonald because of his extremely jittery hands. Harmonica player/vocalist Tyler Pantlin, “can’t get enough of playing the Trill,” it is the sound of two notes being played rapidly back and forth. Their blues is the raw blues of the deep south and despite their relatively young years, their sound hearkens to is that of two old dudes just playing on the front porch. This spring they released their debut album, produced by Alec Fraser, and it’s available at our merch tent. Be sure to take a little Shakey Trill home with you this weekend! 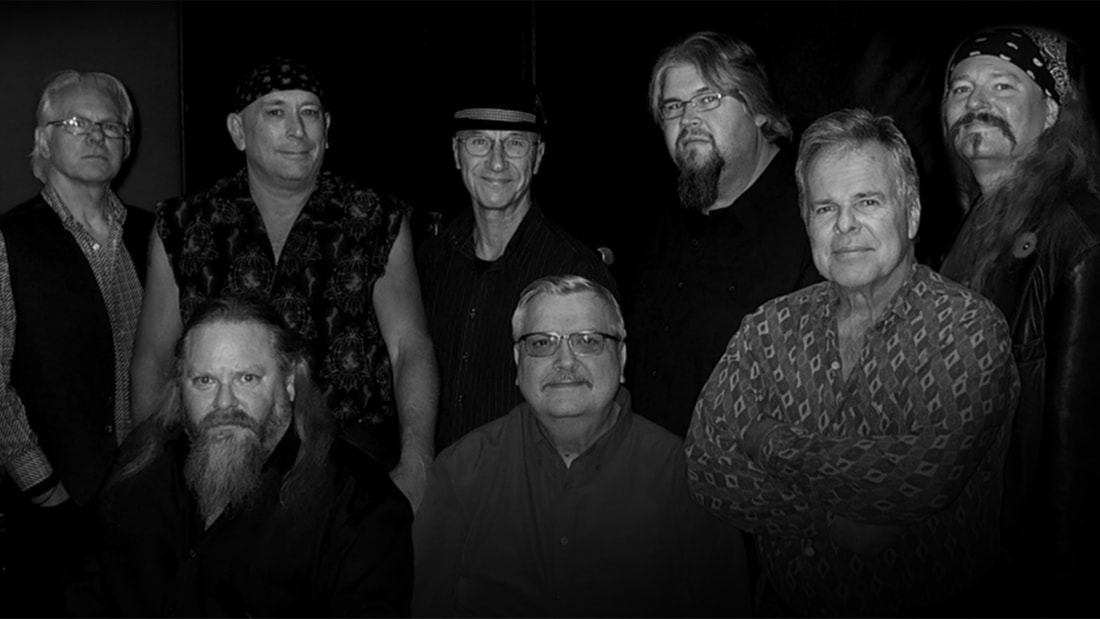 This dynamic 8-piece band recently released their first CD, “Into the Fog!” to rave reviews. Comprised of well-seasoned musicians, FOG is a powerhouse live! Hitting the stage as an 8-piece band, they always thrill their audience with an energetic live performance! FOG’s classic Blues with a twist of R&B / Rockin’ sound, is infused with purposeful horn lines and harmonies. Fronted by a commanding lead vocalist and supported by strong soloists, FOG’s live show is not to be missed! Performing since 2015, they’ve played to a steadily growing fan base in clubs and festivals across Ontario and represented the Grand River Blues Society at the IBC’s in Memphis in 2020 where they gained many more fans!